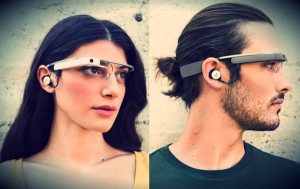 Although it’s undeniable that Google Glass is easily one of the most cutting edge forms of technology to hit the public market, there are many people who simply haven’t invested into owning a pair due to the overall chunky appearance of the design. However, the company recently released a new design for Google Glass, which may be just what was needed to spur more interest in the already popular new addition to Google’s line of tools and products for the technologically inclined.

The recent redesign of the Google Glass pairs the initial design with a more sleek style. It looks far less bulky and comes in a few more color choices than what was previously available. The new design has a more minimalist nature and looks great worn on both men and women. There are also a few other elements that Google has brought into the design. The redesigned Google Glass features a mono earbud that plugs into the Glass itself. For those who tried out the initial design when it was first released, Google will be replacing their Glass models with the newly redesigned option later on in the year.

As Google Glass continues to evolve, gain new features, and even change in style, more people are likely to be interested in purchasing their own. There are some who claim that the retail price of Glass may be the biggest element that has people thinking twice about whether or not they want to purchase the technology; however, given the amount of people who are already starting to get interested in Glass again after the announcement of the redesign, price may not be a factor at all. Ultimately, Glass continues to be one area that has set Google far apart and ahead from the rest of its competitors.